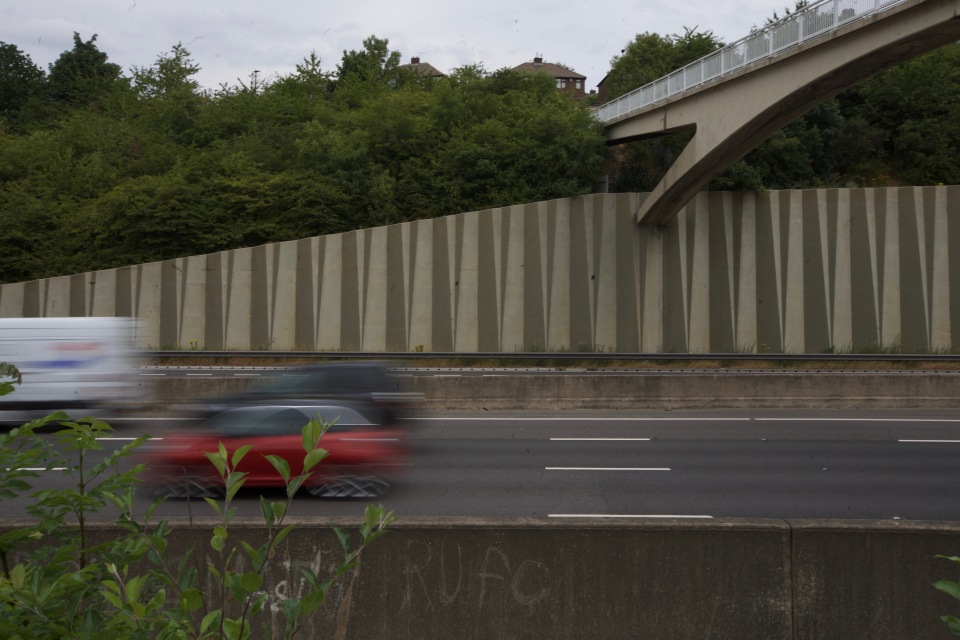 People on the coach laughed at me as I said, ‘we’re approaching my favourite retaining wall’. Most looked with a new found appreciation as I remarked on it’s folded concrete and had never taken the opportunity to see for themselves. Infrastructure can be invisible. For instance, what is more visible here? The M1 motorway, the facing wall or the birds mouth of the pedestrian footbridge? This is Droppingwell near to Meadowhall, in-between Sheffield and Rotherham – but of course you knew that from the RUFC clumsily scored in the exhaust borne dirt that saturates the barrier on the hard shoulder. There’s a beauty in utility, though much of this is far from utilitarian. It’s technical qualities and construction are well described here

Together the ramp, bridge and retaining wall form a compact group, whose experience may easily be described as picturesque. 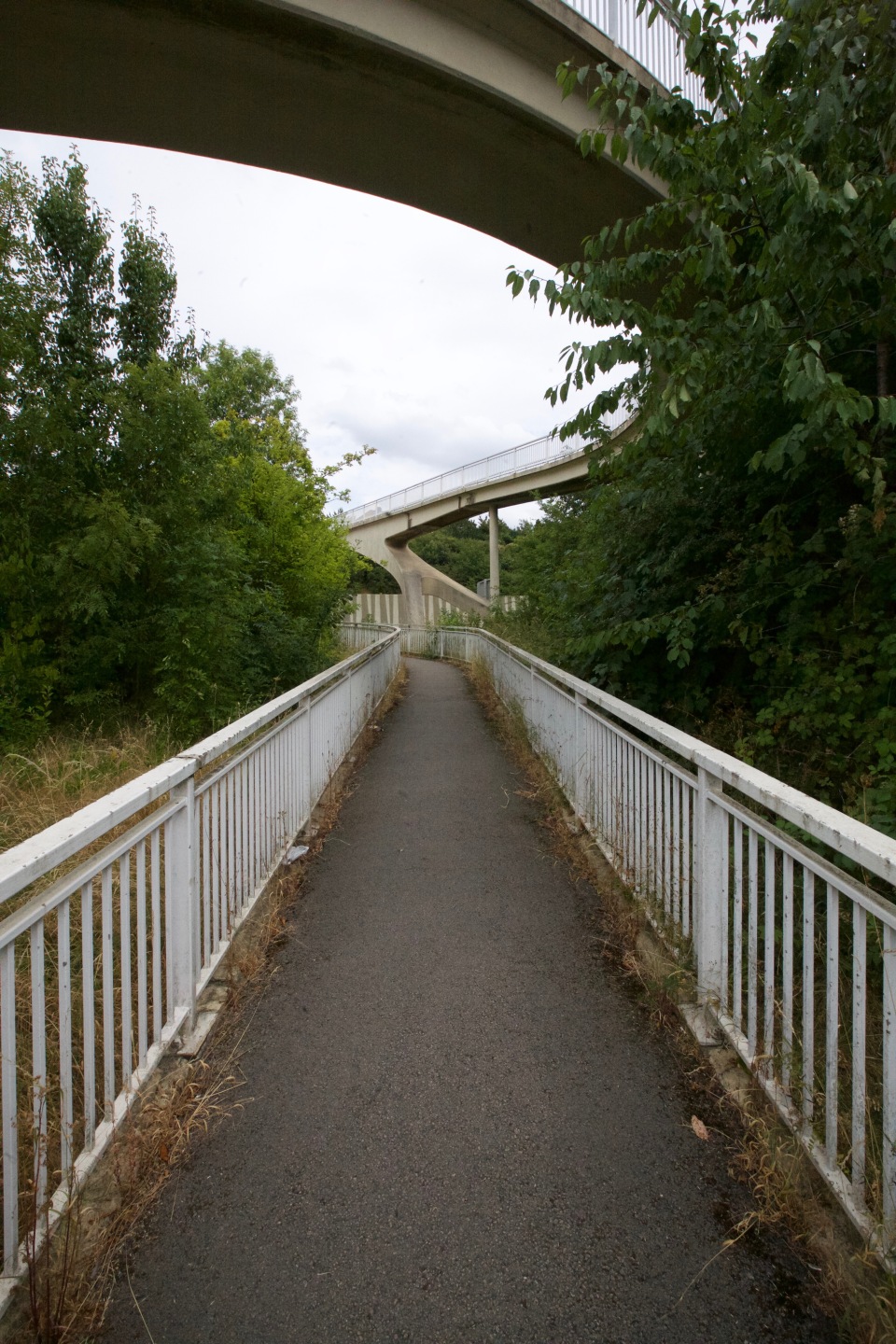