“The rest of the new building is decent, except for […] a way-out signal box next to New Street Station seen from Navigation Street which is all wavy concrete panels and is likely to look absurd within ten years.”

This quote from the ever-critical Ian Nairn on the design of New Street Signal Box1 of 1966 describes a moment in the reconstruction of Birmingham in a local and national context of change. Whilst the city was the worst bombed in the United Kingdom after London, many of its key built assets remained due to the distributed nature of the conurbation and therefore targets. Nonetheless, the Corporation seized the opportunity to embark on a major renewal programme, that had its origins in the era of civic boosterism and debt financed economy under Joseph Chamberlain in the latter part of nineteenth century. At the same time, the country was seeking ways to renew not only the capital but to rebalance population, productivity and wealth as documented in the Barlow Report of 1940, though not in an entirely even distribution. Updating of existing infrastructures including the electrification and rationalisation of rail, and provision of new national mobility systems centred on the private motorcar were part of this strategy for decentralisation, leading to new urban spaces.

This paper is concerned with the origin and manifestation of infrastructural projects in the city, and how the plastic and applied arts were used at a variety of scales in an attempt to provide cultural anchors in the new urban landscape, to ease the loss of familiar conditions. 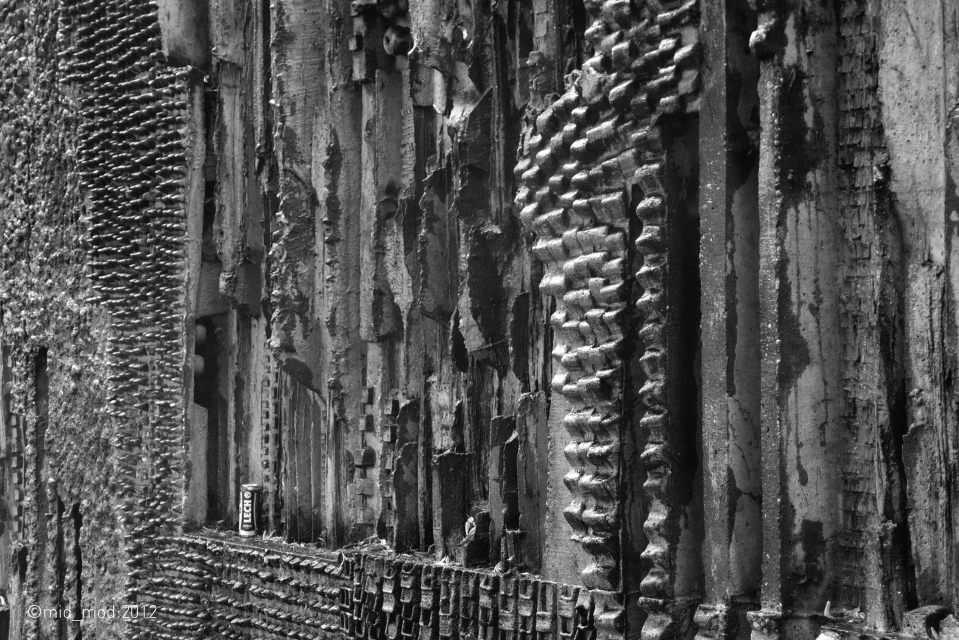 As Nairn’s quote suggests, novelty as a marker of progress and a rapidly changing popular culture form a key part of this dialogue. It also points to innovations and efficiencies in the construction industry, in the networks of professionals involved in the commissioning of works and in the design of projects where the material opportunities and properties of concrete were explored in creative ways.

The regional focus important here – reconstruction was not always a straightforward task and the decisions that still mark our urban landscape were often made at a distance. The paper will draw comparisons between projects originated and commissioned by Local Government including the Inner Ring Road and arterial routes in particular at Hockley where sculptor William Mitchell was appointed to design large concrete wall reliefs, and those commissioned as part of a national strategy including the New Street Signal Box described as the most modern in the country.